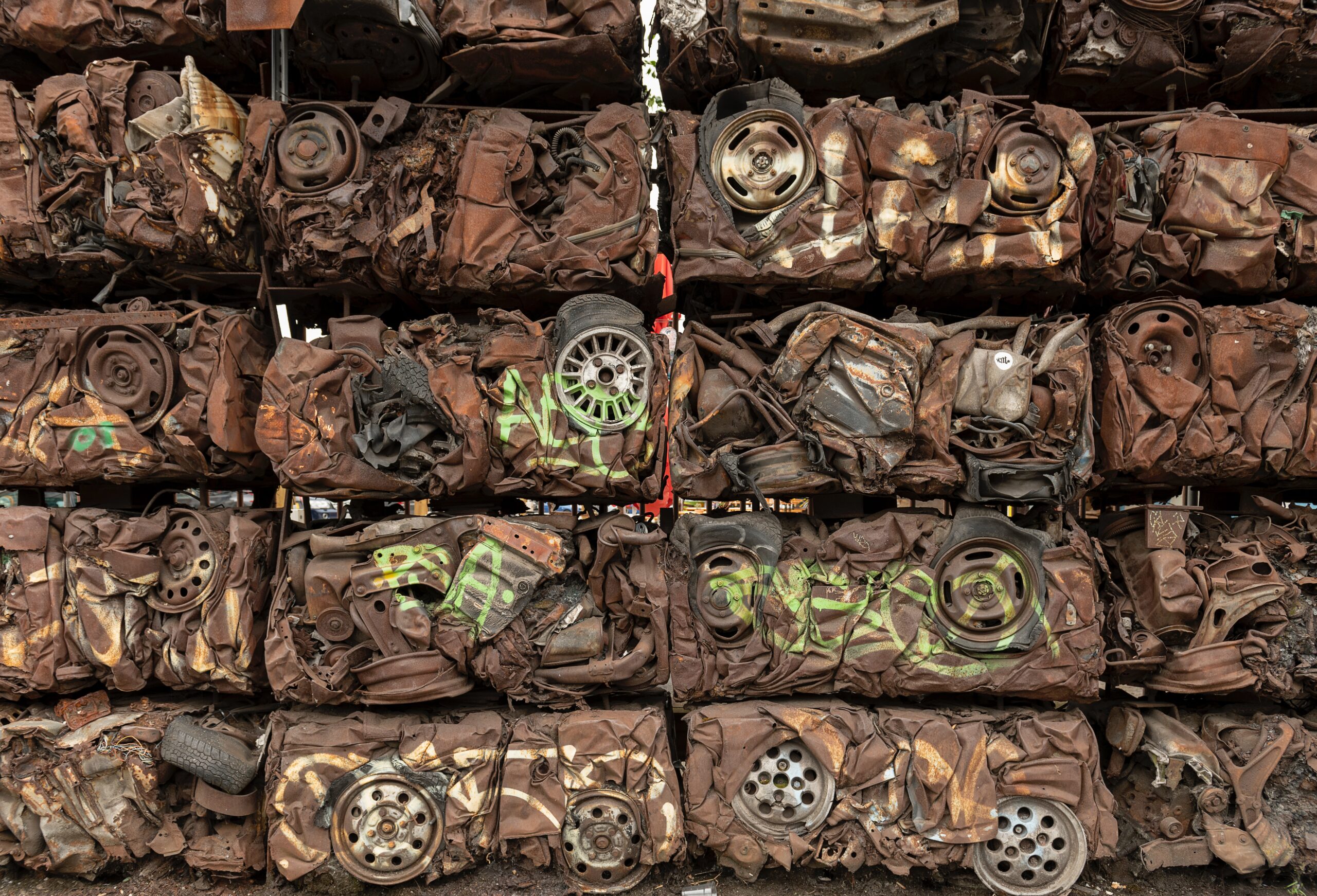 We recently provided some input on how supply chain issues impact metal recyclers and we talked about Cadwell Inc., Green Oxen and Ocean Machinery.

Metals recyclers have long been a key element of the metal equipment manufacturing process. When there are supply shortages, manufacturers will explore avenues where they can obtain materials, which includes recycled product. But with the continued supply chain issues and labor shortages, what does this mean for the metal equipment manufacturing sector and subsequently, the recycled metals market?

Terry Ryan, managing director at Carl Marks Advisors has decades of experience working with public and private companies in the metals manufacturing, defense, oil & gas and other industries. He understands today’s supply chain challenges and how these impact the metals industry, as well as the manufacturers who rely on them.

According to Ryan, the trends in volume and price in the metal equipment manufacturing space are normally geographic and a function of supply and demand, although import and export situations in other countries (e.g., China or the war in Ukraine) can affect pricing just like the market pricing of prime material.

“Generally speaking, scrap pricing has been a significant issue over the past 12 to 18 months as it shot up quickly and now has dropped significantly,” Ryan said. “Ferrous and nonferrous have followed similar trends,” Ryan said. “Bundle prices for steel and related surcharges on scrap-based steel have been dropping significantly; down about 50 percent in the last four to five months. We saw this in SDI’s Q3 earnings report as they are one of the largest recyclers of ferrous metals in the country.”

Ryan added that most of the pricing with ferrous and nonferrous scrap is due to supply and demand balance issues, which can be caused by geographic location, trade imbalance or changes in international trade policy or even movement in energy pricing.

“A few of the other metals that I’ve followed that have also had demand and supply balance issues include nickel, molybdenum and vanadium. Nickel, in particular, was seeing significantly higher surcharges from mills in Q3 2022 versus the earlier part of the year but announcements recently by some mills shows this returning closer to prior levels,” Ryan said.

Natalia Rubiano, chief executive officer of Grozina, a marketing firm that works with metal equipment manufacturers, said labor shortage and materials can be offset by automated machinery as well as domestic production. However, it is important to evaluate how the manufacturing industry designs, delivers, operates and maintains its infrastructure.

“Critical minerals like lithium, cobalt and graphite are difficult to substitute, and access to them has a large economic and political influence in the global economy,” Rubiano said. “These metals are required to create single-use and rechargeable batteries, for example, and their demand increases in direct proportion to society’s enthusiasm towards portable devices, smart appliances and electric vehicles.”

In the area of metals required for batteries, for example, the largest sources of lithium are closed-basin brines. Australia ranks highest as a lithium producer, followed by Chile, China, Argentina, and Zimbabwe in the top five. Rubiano pointed out that this list may not be maintained as this does not reflect the actual reserves that exist with mining potential. According to that list, Chile ranks first with having over 55 percent of the world’s lithium reserves, and the U.S. is a far off fifth with 4.1 percent.

“China has over 80 lithium-ion battery factories with over a hundred planned, making other countries’ manufacturing efforts pale in comparison. Europe also plans to have infrastructure that nearly doubles the U.S. by the end of the decade,” Rubiano said. “Another concern dwells in Chile, where the majority of the water in Salar de Atacama – a dry, desert area – is being used to pump out brines; in turn, pollution and water scarcity has become a growing problem for the local population.”

Also, cobalt, which is also used in metal equipment manufacturing, is dependent on the mining of copper and nickel as a byproduct, and while it can be found in most rocks, the majority of its usable reserves is found in the Democratic Republic of Congo.

“This causes problems, as this region is very politically unstable, and while they are the largest producer of mined cobalt, the majority of refined cobalt comes from China. Because of this, the unrestricted export of lithium is in question for the future,” Rubiano said. “It is in the best interest of everyone to protect the resources batteries require and recycle the battery components already distributed to consumers. It is now not only a question of transitioning to clean energy, but to do so without causing adverse environmental effects, negatively impacting local mining populations, or forming unbalanced dependence on other countries.”

Metal equipment manufacturers are also sourcing their metal materials ethically, as well as sustainably. For instance, Rubiano pointed to Apple, which has made progress towards utilizing recycled and renewable materials in their manufacturing process.

So how has the supply shortage impacted the metal equipment manufacturing process and what does this mean for the metals recycling industry?
Most companies have faced challenges obtaining the necessary parts and components that were needed to manufacture machinery. With this, came innovation and new companies entered the market to provide domestic parts and components that were not impacted by the logistics of importing or exporting.

“The metals recycling industry has a lot of potential. For example, disposing of garbage is a growing concern for small islands in the Caribbean who have little if no space for landfills,” Rubiano said. Lacking proper management of this waste causes tire fires, a fast-burning event and a slow-burning pyrolysis that can continue for decades. Like all fires, tire fires in particular are difficult to extinguish and produce smoke that carries toxic chemicals such as cyanide and carbon monoxide from the breakdown of synthetic rubber compounds. These fires occur next to hospitals, universities and people’s homes.

“Companies such as Cadwell Inc. have removed and recycled more than 3.4 million pounds of waste from the Caribbean. By transporting them from the islands back to their factory in Boca Raton for recycling, many of the metals can be used for manufacturing. Doing something for the well-being of the environment is a great way to engage employees back into the manufacturing industry, as most people today are looking at the corporate social responsibility of the company more than ever,” Rubiano said.

Another area of concern facing metal equipment manufacturers is in the area of employment recruitment and retention.

Adam O’Brien with Accurate Converter, a full service catalytic converter recycler for the recovery of platinum, palladium and rhodium, said today’s labor shortages remain at the crux of manufacturing problems. “The end result is a domino effect as upstream labor shortages slow production. In addition to their own labor issues, the upstream bottleneck causes additional delays among manufacturers further along the supply chain,” O’Brien said.

And while some companies still struggle to recruit employees in the metal equipment industry, other automated options are becoming available to help offset staffing shortages in the industry. Using automated CNC machines, thousands of tons of metals can be extruded.

“Companies such as Green Oxen and Ocean Machinery use automated machinery to meet the gap between labor shortage and high demand for metals in various industries such as transportation, construction and building materials,” Rubiano said. “The global aluminum extrusion market size was valued at $77.8 billion in 2019 and is projected to reach $118.7 billion by 2027, growing at a CAGR of 5.4 percent from 2020 to 2027. The demand for these metals has been the driving force in the market growth of aluminum, or steel.”